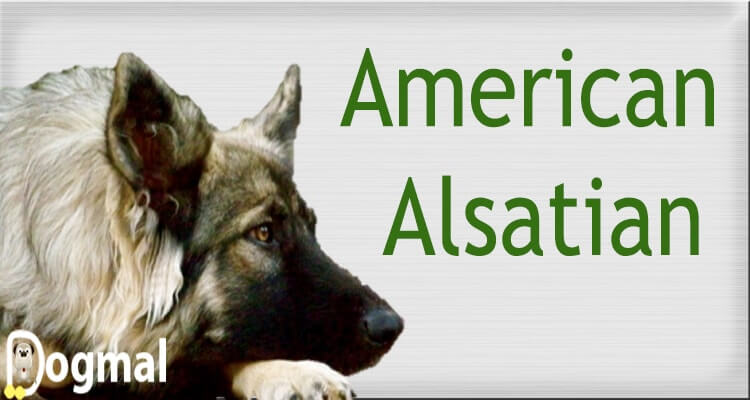 The American Alsatian is a rare breed of a large companion dog. It was created originally in 1987 by Lois Denny in southern California. This breed of dog was developed using purebred Alaskan Malamute crosses, German Shepherd, Pyrenean mountain dog from Anatolian Shepherd and Mastiff dog breed.

Important topics we will discuss

The first generation of American Alsatian was recognized in 1988 in the United States. In 2000, the breed was publicly introduced to the American people after confirmation of the breed standard. This breed was originally called the North America Shepalute, which changed to Alsatian Shepalute in 2004.

However, as of February 21, 2010, the breed became recognized as the American Alsatian. This breed resembled the extinct Dire Wolf of the late Pleistocene.

The History of the American Alsatian is virtually entirely owed to the work of Lois Denny. As a child in 1969, after being followed home by a German Shepherd combine, she fell in love with the breed.

Any multiple breed registries do not currently recognize American Alsatian, and the NAAC and NAABA have shown almost no interest in doing so. The Alsatian is bred to resemble, in size and bone structure, the extinct Dire Wolf of the Middle to Late Pleistocene. 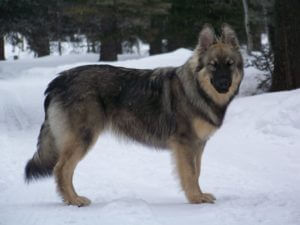 American Alsatian thick double coat of medium length and gold, silver, black sable, white or cream-coloured. It’s coming in a variety of colors and patterns, but some are greatly preferred to others. The American Alsatian’s undercoat is dense and can shed out entirely throughout the spring and summer months.

In general, the American Alsatian’s coat is very similar to that of the wolf but is usually longer and somewhat woollier in appearance. The American Alsatian, a double-coated breed, meaning that it possesses an outer coat and an undercoat.

The muzzle has tight-fitting, black lips and ends in a large, black nose. From the stop between the eyes to the front teeth should be 4.5 to 6 inches. Inside the muzzle are large teeth that meet in a scissors bite. The muzzle is large, around 4 – 7 inches in length and 11 to 13 in circumference.

The ears of the American Alsatian are triangular, rounded at the tips, and moderate in size. They are set wide apart and set on the outside back edges of the skull. When alerted, his ears turn forward.

His eyes are small to medium size of an almond to yellow colour. The eyes should have a look of deep black eyeliner around the eye and out from the eyes’ outer corners. The eyes of this breed are almond-shaped, small to medium in size, and set obliquely. The neck is robust, well-muscled, strong and powerful. It is short in length and thick in circumference. 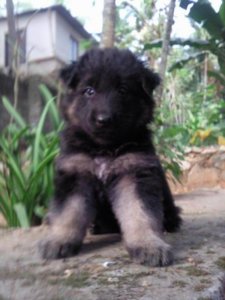 Muzzle: His muzzle should be large and thick, the lips should be close fitting and deep black with large white teeth.

Skull: The skull is measured from the stop to the far most point of the occiput.

Eyes: His eyes are an almond shape, medium to small, and set obliquely.

Eyes: His eyes are an almond shape, medium to small, and set obliquely.

Proportion: The length of the American Alsatian is longer than tall. He is a balanced dog with a solid structure. This breed’s overall length is to be measured from the chest bone to the tip of the tail.

Substance: The American Alsatian is a dog of considerable substance, which is determined by a broad back, chest, and thigh area, heavy bone, and strong muscle.

The Alsatian has a deep and low pitched guttural tone. Barking is infrequent. They do not tend to whine. A high-pitched bark is undesirable. 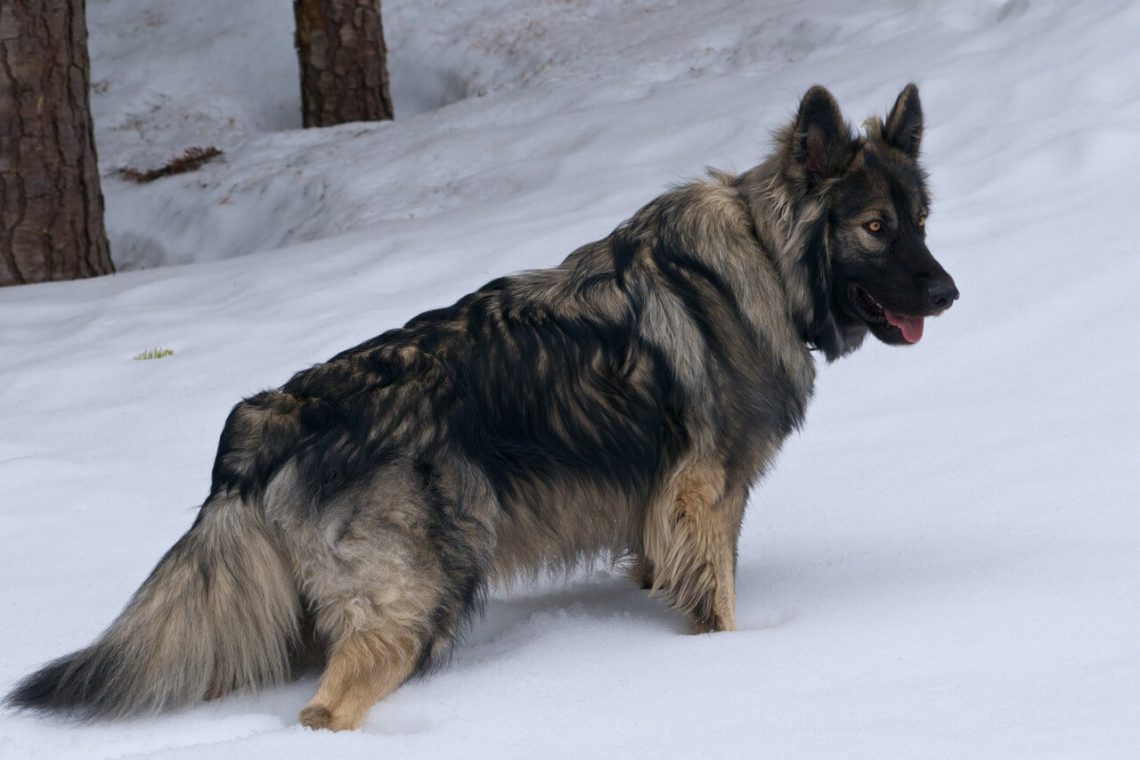 American Alsatian’s features tend to be very wolf-like and unexaggerated. The tail of this breed is especially wolf-like, long and usually carried low.

They are intelligent in this; they learn the sounds, movements, and time of day as they ‘pay attention’ to all or any things and study life around them in this way. They are simple to coach if the owner also ‘pays attention’ to the universe’s sounds and movements.

The American Alsatian is a good family companion dog breed. They are extremely loyal to their family members and accept children and other pets. The American Alsatian was developed to be a low energy dog with the very low working drive. In general, this breed is very relaxed indoors and usually makes a calm house pet.

The American Alsatian does not require a large amount of exercise but does need a daily walk. They are quiet and calm throughout most of the day and do very well as therapy dogs. The breed was not created to work. The Alsatian does not like the extreme heat and does better in colder climates.

The average lifespan of Alsatian is 12 to 14 years. If you are interested in adopting this dog so It must be informed of diseases and its treatment. The American Alsatian is generally healthy, but some health problems are associated with diseases like Hip Dysplasia, Arthritis, Epilepsy, Seizures, Elbow Dysplasia, Limping, Weak Bladder, Panosteitis, Wheat Allergy, Sheath Problems, Myelofibrosis, Masticatory, Myositis, Enlarged Heart etc. Yet do not report any major health issue. But some health epileptic seizures and are prone to arthritis.

Like all pets, American Alsatian take care is almost useful for his healthy lifestyle. In this topic, we will discuss how to take care of your lovely Alsatian dog breed.

Exercise is most important to stay healthy for your dog. This breed does not require as much exercise as the German Shepherd but still needs a daily walk. There are many physical health benefits as well. When an Alsatian receives regular exercise, it helps prevent Heart disease, types of cancer, stroke, arthritis, etc.

American Alsatian requires regular and thorough grooming because grooming is the best valuable part of healthcare. Grooming needs regular brushing around the ears and the backs of the legs.

They shed dirt easily, and their coats remain free from odour, and the American Alsatian needs regular brushing, especially with the back leg feathering and behind the ears. So take proper care to keep the health of your puppy.

Fed is an important part of taking care of any pets if you are interested in adopting an American Alsatian puppy, so you need to know which food is best for your puppies. When you adopt American Alsatian slowly to give him dry food because an inherent trait from both breeds is slight gastric sensitivity, choosing quality food is important.

Your American Alsatian should be fed 3-4 cups of top quality dry dog food daily as an adult. Train on an empty stomach. Don’t feed as large a meal, as usual, a few hours before training your dog.

Find the best food for your American Alsatian.

Like people, Alsatian need vaccines. Vaccinating your pet has long been considered one of the easiest ways to help him live a long, healthy life. Puppies are typically vaccinated at eight and 10 weeks. Your young Alsatian should then be given a booster 12 months after their first vaccination because it’s very useful to take care of any pets.

On this day, there are many online websites available on the market, so you have to find your favorite puppy easily. Today, American Alsatian puppies are hard to find because only a few breeders in the country.

If you are interested to adopt a puppy so American Alsatian is best low maintenance puppy  perfect for adoption.

Training is very important for any pet. For successful training, practise the following basic training steps with your puppy every day.

Understanding barking: Barking is a natural aspect of a dog’s behavior, but you, your family, and neighbors will be happier if you can bring it under control. If your dog barks too much, it is necessary to stay.

Give your dog a practical name: He needs to learn his name easily so that you can hold his attention during training. A Particular name is useful for every dog. So give a proper name for your dog because it’s very important for dog training.

Crate Training is considered to be safe jail for the puppy. The purpose of crate training is to let your pet be used to the idea of being comfortable while in the crate. This is very good training for your lovely American Alsatian puppies.

Puppy Price: Average price of a similar-sized American Alsatian is $1,043. If you choose to adopt, expect adoption fees to cost about $175. 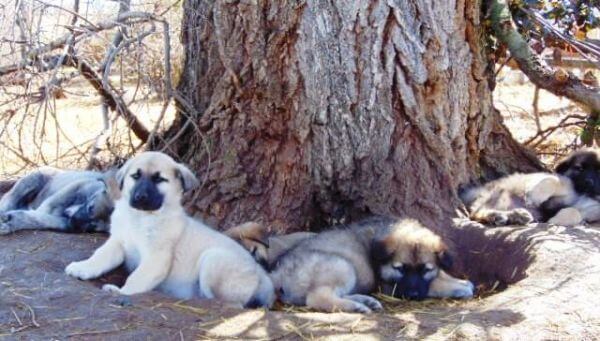 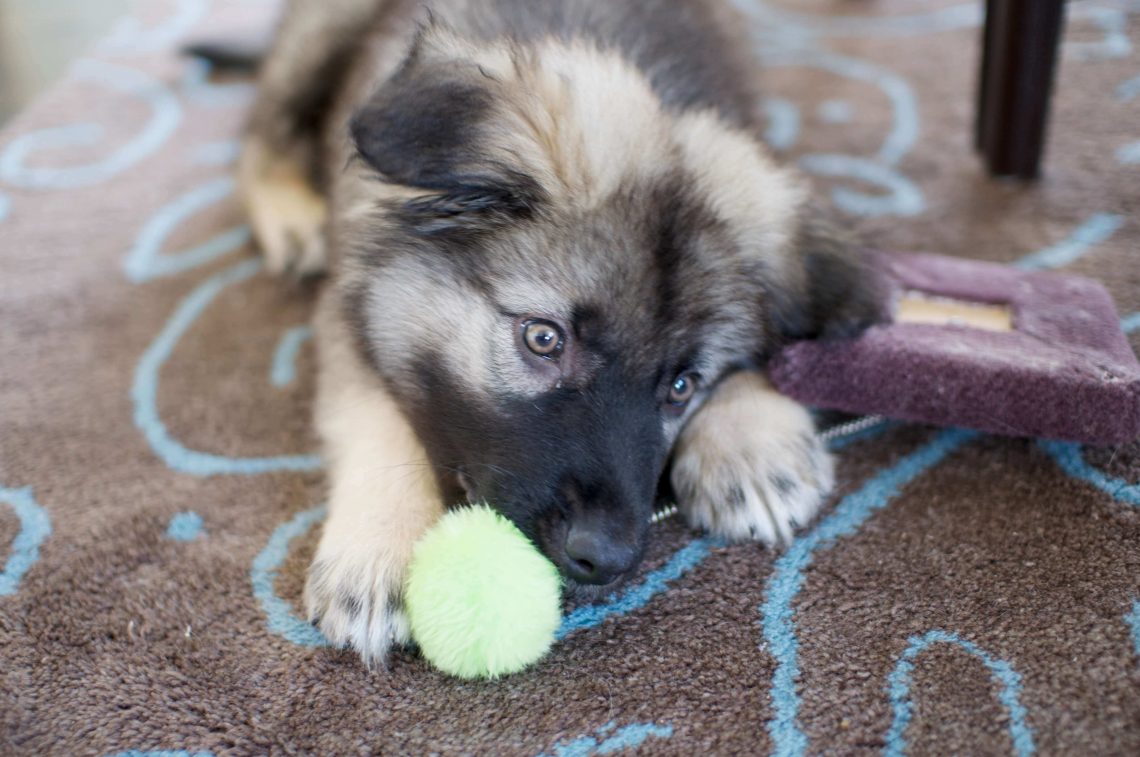 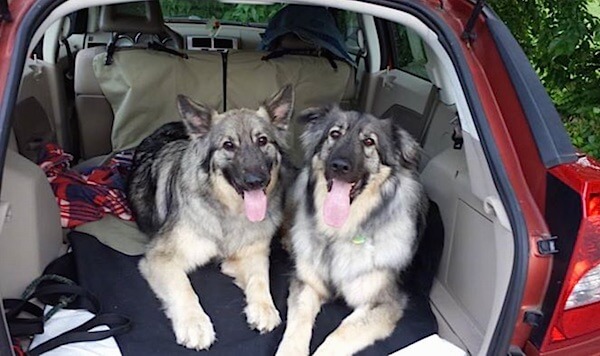 Upload best Photos of your dog and we will show your dog photos in our Dog Gallery.

If you love to read information about various dog breeds, keep reading more posts here and take a look at most popular dog breeds 2016