A short guide to preventing and dealing with dog bites 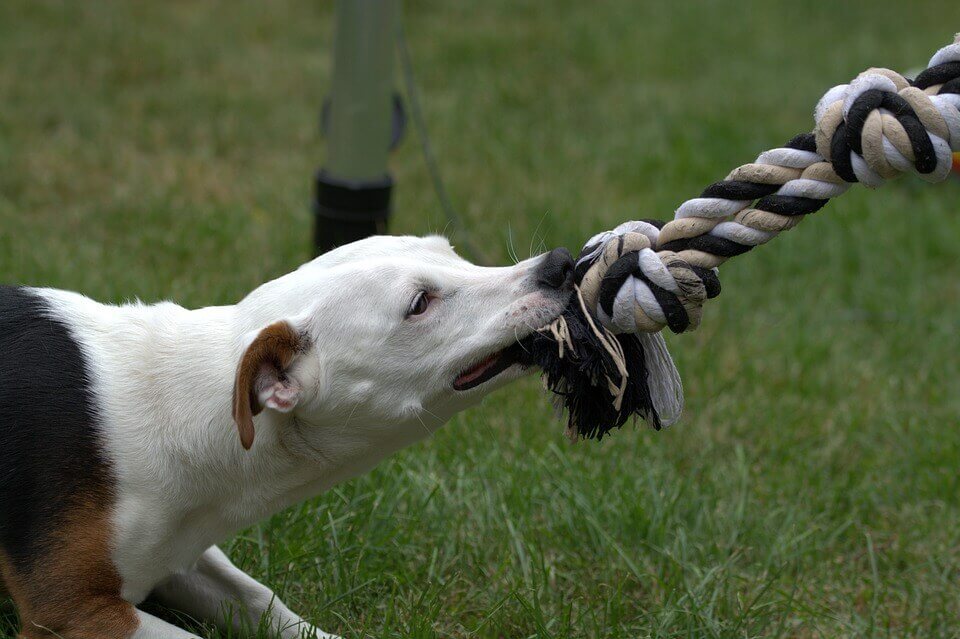 A dog usually bites as a reaction to a stimulus that poses him in a stressful situation, defending himself or his territory. Furthermore, any dog can bite when being scared or feeling threatened, regardless of breed, age or gender.
The statistics show that every year, in the United States, four and a half million people are bitten by dogs, one-fifth of them needing medical attention. Children are the most frequent victims because they don’t know how to approach dogs. Most dog bites happen while interacting with familiar dogs, revealing the need to better educate children and adults on interacting with a dog. 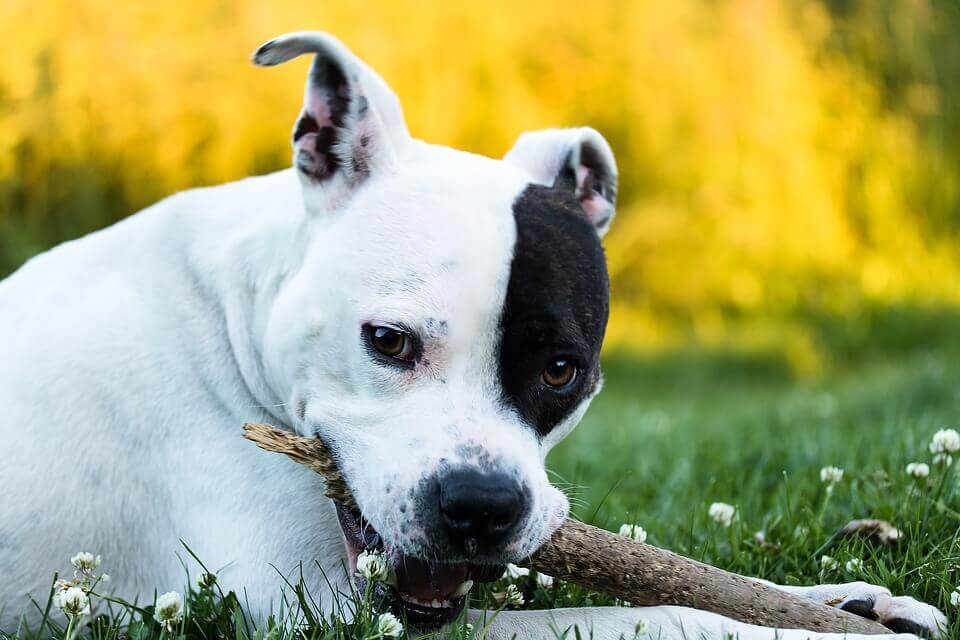 Dogs are known for being possessive; therefore, they can bite to protect their puppies, food or toys. Females can become aggressive while defending their puppies. Make sure you respect their maternal instinct and teach your children not to approach puppies around their mothers.

Protection of property is a common issue among dogs, including toys, food, territory and even human beings. Early training helps minimize possessive behavior that usually arises in any dog. If you want to train your dog correctly, choose commands such as “leave it” to prevent toy aggression. You can teach your dog to sit and wait while you put their food down regarding food aggression. You can also approach the food bowl and add some treats to the food.

A bad mood or health issues

Dogs that deal with various types of pain can bite. Health issues such as hip dysplasia, severe otitis or chronic injuries may determine a dog to bite if bothered. If a dog is feeling sick or sore, he might want to be left alone. A dog in pain must be treated gently and taken to the vet for being checked.

Some dogs may bite during play. Avoid aggressive games like wrestling and other games that can lead to nipping or biting. Teach your dog basic commands to manage various situations better. Aggressive behavior can be dangerous if it gets out of control.

When fearing something, a dog is tempted to bite. Fear usually appears while interacting with strange persons or unfamiliar situations. Socialization helps dogs handle stressful situations. Dogs that are not properly socialized in puppyhood may develop phobias.

It is recommended to avoid approaching unfamiliar dogs as you may expose yourself to a dangerous situation. Learn children to not sneak up on dogs, startle or bother them while sleeping.

Moving, running or cycling around a dog may put him in an alert mood. He is feeling chased, so he takes the offensive. It is recommended to stop moving and avoid making eye contact with the dog as it may perceive this as a challenge. If you stop, the dog likely starts sniffing you. Dogs usually move on if they don’t find anything interesting while sniffing.

How to prevent dog bites

A good idea to prevent your dog from biting is to socialize him properly in puppyhood. Allowing your puppy to know other pets helps him feel more comfortable in adulthood. It is recommended to use a leash when you take your dog to public places to control all time.

If you notice signals of fear or aggression, proceed to help your dog overcome the negative emotions. The standard signals of dog bites are the ears pinned back, the fur along its back, which may stand up and the white of his eyes. Other signals include yawning and showing off the teeth, freezing in response to a touch or intense eye contact.

Spend quality time with your dog

Strengthen the bond between you and your dog by playing with him and taking him outdoors to exercise. This way, his energy is directed into games and exercise, preventing unwanted behaviors. Proper socialization in puppyhood develops your dog’s mind and get him accustomed to various contexts.

Get your dog vaccinated

Your dog should be up-to-date with his vaccinations. A dog that is not up-to-date on vaccines can be killed in most states if he bites someone.

Take your dog to the vet for a check

If your dog shows signs of aggression, fear or other negative emotions that last for an extended period, take him to the veterinarian for a detailed check.

Neuter or spay your dog

Neutered or spayed dogs are less likely to bite in adulthood, so use this method if you don’t consider breeding your dog.

Behave Properly when being around unfamiliar dogs

Stay motionless when being approached by an unfamiliar dog. If a dog attacks you, hide your head and cover your ears and neck with your hands.

Always ask the owner if it is acceptable to pet their dogs before reaching out to them.

Don’t pet a dog if he did not see or sniff you first.

Don’t disturb a dog while he is eating or sleeping.

Inform people around you if you notice that a stray dog behaves strangely.

There are situations, especially during playing sessions when your dog can bite you unexpectedly between growls and tail wags. You are also at risk of being bitten by unfamiliar or stray dogs at any time.

More likely to be bitten by a dog, and the injuries may be more severe for them. Statistics show that over half of dog bites injuries occur at home with familiar dogs. People who have two or more dogs in the household are five times more likely to deal with a dog bite than those who don’t own a dog. Furthermore, men are more likely than women to confront dog bites.

Dog bites cause pain and injury and spread germs that lead to infections. Nearly 1 in 5 persons bitten by a dog needs medical supervision. In the United States, over 36% of households own at least one dog. Dogs bring many benefits to us, from decreasing stress to increasing our exercise level and being excellent companions. Still, sometimes, they may be likely to bite us without showing specific signs of aggression. Almost always, dogs may bite if being provoked.

Dog bites cause pain or nerve damage and increase the risk of infections, leading to illnesses or, in rare cases, to death.

A dog’s front teeth may grab and compress your tissue, but also may their smaller teeth do. Undoubtedly, you can provide first aid for a dog bite at home, but if an unfamiliar dog bit you, the bite is deep. You can’t stop the bleeding, or if there are any signs of infection, you need to go to the doctor. Dog bites are more likely to be infected if the tissue is bleeding. Whether the wound is minor or significant, you should see a doctor within 8 hours of a dog bite. Waiting longer involves a greater risk of infection.

Need to be treated with antibiotics and show up through redness, swelling, warmth etc. They are more likely to appear if the bite is deep or if the bleeding doesn’t stop.

About 50% of dog bites lead to bacteria, including staphylococcus, streptococcus, capnocytophaga, and Pasteurella. Furthermore, feral and unvaccinated dogs can have and transfer rabies.

If you have a dog or live around dogs, be aware of the risks and learn how to treat them properly.

First aid for a dog bite

If you need to provide first aid for a dog bite, you should follow these steps:

When you should see a doctor

If the wound is deep or notices signs of infection such as redness, swelling, fever or increased pain, go immediately to the doctor. The doctor can ask you if the dog is yours or if you happen to know his owner and if the dog is up to date on all vaccinations, including rabies.

The doctor may be interested in your health conditions such as diabetes, liver diseases, illnesses that suppress the immune system and other health conditions that may expose you to a greater risk for a more severe infection. He may also give you a booster shot if you don’t have your tetanus vaccine up-to-date.

The doctor should examine the wound to see if the bite has damaged muscles, tendons, nerves or bones, and he should clean the bite wound to remove dirt, bacteria or dead tissues.

If the injury is severe, the doctor may opt for sutures to close the wound. The future is more likely to reduce the scarring, but it can also lead to infection. If the bite is on the face, it is recommended to opt for a suture to prevent a visible scar. Also, if the wound is very deep, it may require plastic surgery.

How to react if being attacked by a dog

If you meet an unfamiliar dog that approached you and didn’t want to interact with him, you should stay still, keep your calm, avoid making loud noises and avoid direct eye contact. You can also say “no” in a firm voice. Face the dog with the side of your body to avoid being perceived as aggressive by the dog. You should also raise your hands to your neck and wait for the dog to go back.

If a dog attack you, put your purse or jacket between you and him. If he puts you down, protect your head and put your hands over your ears and neck. Clean your wound and seek medical attention as soon as possible.

Although it is rare for dogs in the U.S. to have rabies, it is better to get a rabies vaccine if the dog’s status is unknown. Doctors also recommend antibiotics for 7 to 14 days to prevent or treat infections. After several days, a new wound check may be needed to see if the recovery is working fine.

Illnesses you can get from a dog bite

Specialists found over 60 different kinds of bacteria in dog mouths, only some of them being dangerous for people.

Dog bites can cause rabies, one of the most severe diseases that someone could get from a dog. Rabies is a virus that affects the brain and may be fatal if the symptoms appear. Vaccination is mandatory to prevent it.

Capnocytophaga bacteria live in the mouth of people, dogs, and cats and can spread to people through bites, scratches or close contact with a dog or cat. People that have a weakened immune system are more likely to become sick.

Pasteurella is usually met in infected dog bite wounds. The symptoms include red and painful injuries, swollen glands, swelling of the joints, and difficulty moving.

Staphylococcus Aureus is a type of infection resistant to specific groups of antibiotics. Dogs and other animals can have these bacteria without any symptoms. They can cause skin, lung and urinary tract infections in people. There are cases in which the bacteria spread to the bloodstream or lungs being very dangerous.

Tetanus is a toxin produced by some bacteria named Clostridium Tetani. It leads to rigid paralysis in people and is dangerous for deep bite wounds.

Protecting yourself from dog bites and preventing them is the best way to reduce your likelihood of becoming sick. In your dog’s case, bite prevention is the best solution and should start in puppyhood with proper education. Being conscious of the reasons that can determine a dog to bite helps prevent dog bites.