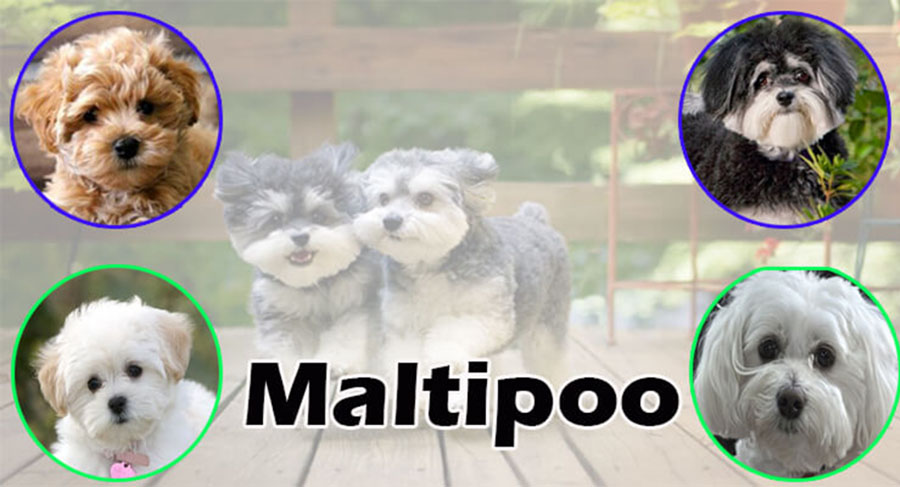 The Maltipoo is a popular cross breed of poodle and maltese. They have a happy, lively, pleasant, and affectionate personality. They are intelligent and easy to train, and they get along well with other dogs and pets. The Maltipoo is an excellent companion dog. The size of a Maltipoo varies; it depends on whether the parent poodle was a toy or miniature. There are some colour options in Maltipoo.

In our this post we include information about “Maltipoo Colors, Prices And Grooming Tips”.

Why do Maltipoos come in so many different colours?

The Maltipoo is a popular crossbreed between poodle and maltese. The Maltipoo coat colours are created by combining the colours of the Maltese with the Poodle. There are also a few “parti” poodles (two-colored poodles) that can be passed down to Maltipoo offspring.

There are also certain coloured dogs that aren’t legally recognised. The variety of Maltipoo coat colours is virtually infinite because all of these Maltipoo colours exist.

A breeder can provide you with a variety of Maltipoo colours.

Maltipoo breeders now have the ability to almost generate any colour coat due to advancements in DNA testing. Colors are becoming more popular among breeders, and you may see multicoloured Maltipoos such as the Parti Maltipoo or Phantom Maltipoo.

Which Maltipoo colour is the greatest, according to some Maltipoo dog owners? Coat colour is a matter of personal preference and has little bearing on temperament or personality. They will always be playful, friendly, and lovable dogs.

Both the Maltese and the Poodle must have recessive black DNA in order to produce a black Maltipoo. Because black is not a common colour in Maltese dogs, the pure black Maltipoo is uncommon in comparison to other maltipoo colors. The nose, paws, eyes, and other physical features of a black maltipoo are all black. A Parti Maltipoo can also be found in the colour black.

It’s a dog that appears to be white, but it’s not fully white. Some breeders will not use a pure white poodle, so a cream Maltipoo can be seen in a variety of off-white tints. A cream Maltipoo coat is also a popular choice. A cream Maltipoo has the most diverse physical features. They have brown noses, lighter eye colours, and lighter toes. You’ll also note that a cream Maltipoo’s skin is reddish beneath its coat.

The apricot Maltipoo looks like a cute little teddy bear. They are easy to find. An apricot toy poodle and a white and tan Maltipoo are generally used to make the Apricot Maltipoo. Apricot Maltipoos have black features all over their bodies, including the black colour of their noses, eyes, toenails, and eye rims.

The red Maltipoo also looks like a cuddly teddy bear. The red Maltipoo is the brightest brown of all the Maltipoo coat colours, with a rich mahogany colour. The colour red is the most popular among humans. They’re quite rare. A tan-colored Maltipoo is generally bred with a red or darker-colored Poodle to produce the Red Maltipoo.

The Brown Maltipoos are extremely rare, and you’ll probably only find them in Parti Maltipoos. Brown is described as a dark walnut colour that neither the Poodle nor the Maltese have. The poodle is responsible for the Maltipoos’ brown colouring. Brown, on the other hand, frequently carries a gene for the colour of black or silver as well as brown, which is why breeding a brown Maltipoo is tough.

A parti Maltipoo is one breed that has two different coat colours. One of the colours is a minimum of 50% white, and the secondary colour can be any colour, although the most common colours are black, apricot, tan, and cream. It is easy to find parti Maltipoo.

When looking for a maltipoo, there are many factors to consider, and the costs and values of these factors can vary.

Depending on whether you adopt from a shelter or buy from a reputable breeder, a Maltipoo can cost anywhere from $600 to $4,000. Other factors to consider in terms of price include health guarantees, microchipping, and more.

If you purchasing Maltipoos from rescue shelters can cost around $100 – $600.

When you’re thinking about obtaining a Maltipoo puppy, a maltipoo breeder will usually tell you that this designer dog mix requires an owner who can devote a significant amount of time to grooming the dog’s beautiful coat.

Maltipoos are little dogs with a curly, dense coat that can take a long time to groom. As a result, they require a great deal of care when it comes to their lovely coat. It possesses a low-shedding, low-dander coat. Your Maltipoo prefers to be tidy. Brush your dog every day, bathe it once a month, and groom its teeth, eyes, ears, and nails on a regular basis.

At least twice a week, brush your Maltipoo dog at home. He also needs frequent combing and brushing to maintain a healthy, tangle-free coat. Maltipoo coats can be thinner, finer, and more poodle-like, or thicker, coarser, and more maltese-like. If your pups have poodle coats, you should brush them using a slicker brush.

If your puppies have maltese coats, you should use the pin-and-bristle method. At least once a day, brush the maltese-like coat. Brush your dog after a pleasant walk when it is quiet and comfortable. Brush your dog at the same time every day to establish a routine.

Select a detangler spray designed for dogs to aid in the removal of matting from the coat. As needed, re-spray the brush every few minutes. Start with the feet, then work your way up to the legs, face, hindquarters, tail, back, sides, belly, and sanitary region.

Because Maltipoos possess an undercoat, you can brush each part of their fur from root to tip. To find hidden mats or tangles, repeat the process with a comb. Stainless steel dog combs with broader teeth on one end and narrower teeth on the other are a good option.

Fill a dog bath tub halfway with warm water and place your maltipoo inside carefully. Brush your maltipoo thoroughly before bathing him. Massage dog shampoo into its coat after gently massaging the water into it. Rinse with clean water, then use a dog conditioner to finish the job. Ensure that all body parts are included, and then thoroughly clean the body. Use a soft towel to dry their hair.

Cleaning your dog’s ears is also an important part of regular grooming to keep them healthy. Poodles also have big, drooping ear flaps, which can lead to ear infections. Sometimes a puppy’s ears will stand erect. They create wax in their ears, which can build over time and prevent airflow.

On a weekly basis, check your dog for excess hair, odour, and dirt/wax accumulation. Examine your ears once a week, but only clean them as needed to maintain them clean and dry.

Here are the way of cleaning their Ear’s.

Brush your maltipoo teeth 2 – 3 times per week. Brush your pup’s teeth to avoid plaque and tartar accumulation and poor breath.

When brushing your dog, make sure you use canine toothpaste. Try to use finger tooth-brush, using a liver- or chicken-flavored toothpaste. Use toungue cleaner for clean their toungh.

Trimming your dog’s nails is an important part of grooming. Long nails can be a problem for dogs since they walk on their toes. Every 3-4 weeks, you should cut their nails. Dogs who go on paved roads or sidewalks more regularly require less dog nail clipping than dogs who spend the most of their time indoors.

It’s time to clip your dog’s nails if you hear them clicking on the tile. Make sure your dog’s nails aren’t touching the ground when he stands. Introduce your puppy to nail clipping when he or she is still a puppy. Place your dog’s paw on your palm and trim the nails gently.

Keep styptic powder on your palm; if you injure their finger during trimming, apply it immediately and apply pressure for a few moments until it heals.

We include all the related information about “Maltipoo Colors, Prices And Grooming Tips”. We hope you like it.

Got some questions? Or some suggestions? That’s why we’ve got a comments section on this blog! You can feel free to leave a comment or two down below and we’ll get back to you as soon as possible!