Home » Dog health » 10 common plants those are poisonous to dogs

10 common plants those are poisonous to dogs 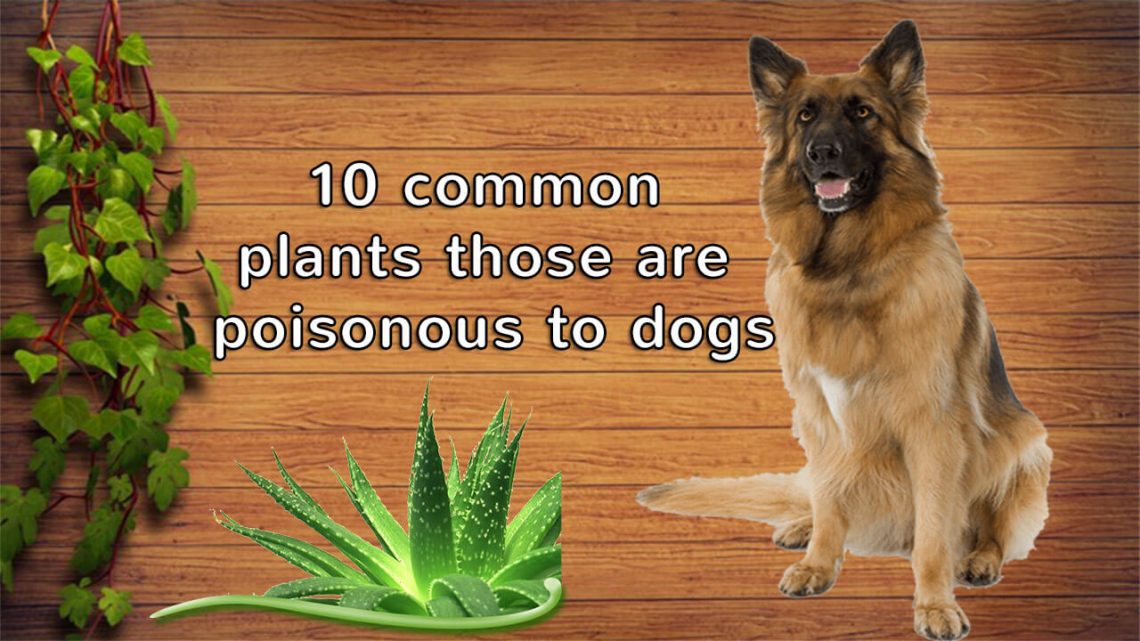 The moment we hear the word “pet,” the animal that strikes our thought is the dog. Dogs are taken care of very much equivalent to a kid at most of the houses. Even though you provide good hygienic care and medication to the dog, it will not be sufficient until you monitor your pet about its food consumption.

A dog always tends to explore any particular plant which it comes across. Your dog may smell, touch, play or do any activity with any plant it encounters. By doing so, your pet may fall ill, eventually proving to be fatal. It is because some common household plants that are healthy to humans prove poisonous to pet animals.

The everyday animal helpline receives hundreds of phone calls regarding the poisoning of pets, especially dogs. Not all the plants are toxic, but very few prove to be so. Each plant has a different type and concentration of poison which makes the pet suffer from various abnormalities. Hence, proper care should be taken to monitor your pet’s health and make sure that your dog is not trained in a place encompassed by such poisonous plants and, if possible, have an automatic dog food dispenser so that your dog can access food whenever it feels hungry. Also, make sure to look out for the below-mentioned poisonous plants when you take your dog to a new location. 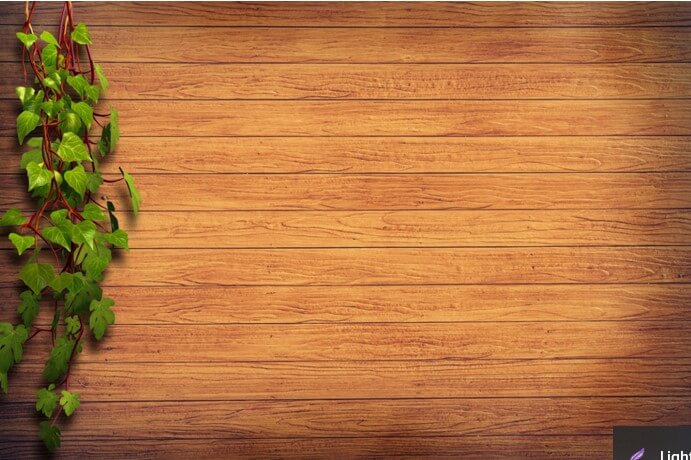 English ivy is an ornamental evergreen vine that grows for about 10 years. It produces over the bricks works, barks, and any such surface, either indoor or outdoor. These ivy leaves are used to treat a cough, but it is still a poison for both animals and humans. It can be used as a cover for fences, walls, ground cover, and also, it can be used as lawn alternatives. Moreover, it flourishes during winter with a low water requirement and maintenance. English ivy contains a toxic substance called triterpenoid saponin when consumed. It might cause vomiting, diarrhea, hypersalivation and abdominal pain, irritation in the gastrointestinal tract. 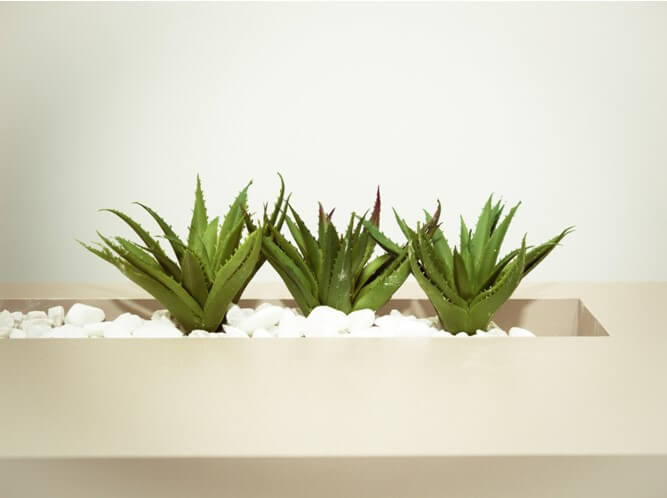 Aloe Vera is a succulent, very short-stemmed plant entirely green, containing a gel and greenish-yellow latex inside it. Its outer surface of the leaf margin is serrated with white teeth. Aloe vera contains two hormones; auxins and gibberellins, and it is very much beneficial for humans with anti-inflammatory properties; and it cures eczema, acne, psoriasis, etc. Unfortunately, aloe has been a curse for pets as it is mildly toxic to them. The gel part of the aloe is not harmful, but the latex part is toxic to the pets. Aloe causes depression, anorexia, tremors, changes in urine color, vomiting, and diarrhea in cats and dogs. 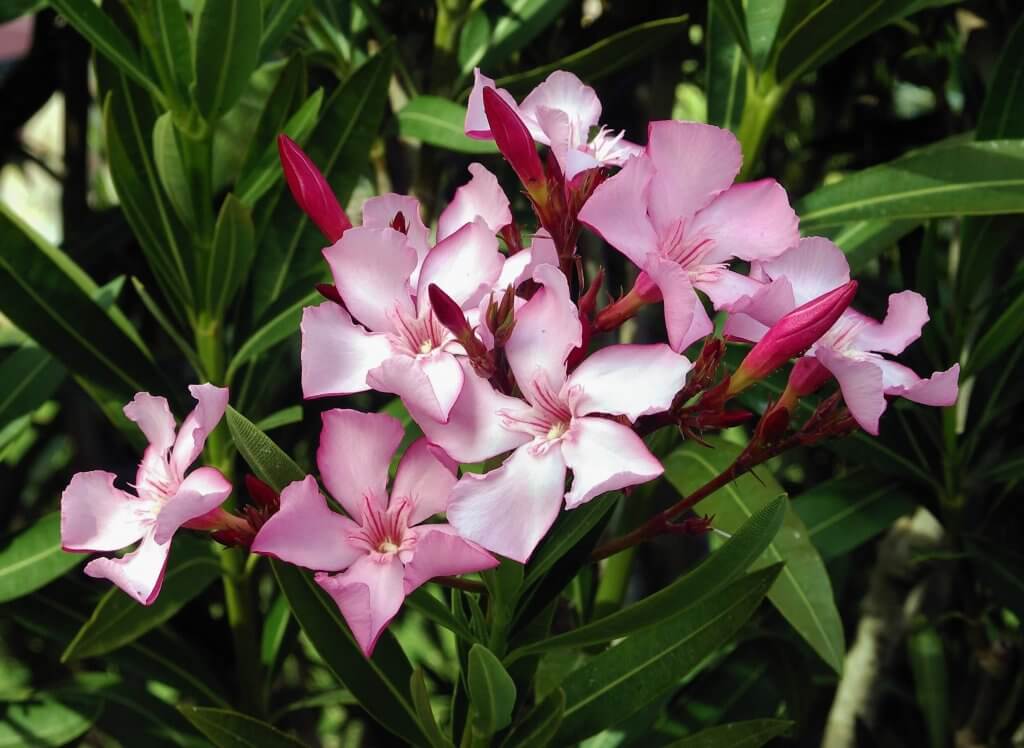 Oleander is an evergreen shrub that produces colorful funnel-shaped flowers, which are generally used for ornamental purposes. But the icky part of this shrub is the latex which it has in all aspects of the shrub. Even the water flowing over this shrub can be poisonous not only for animals but also for humans. Also, the fruits of this shrub are used for committing suicide in tropical countries. When consumed, it would cause drooling, nausea, vomiting, anorexia, weakness, tremors, abnormal heart rate, and death. It suits humans also as it is highly poisonous. 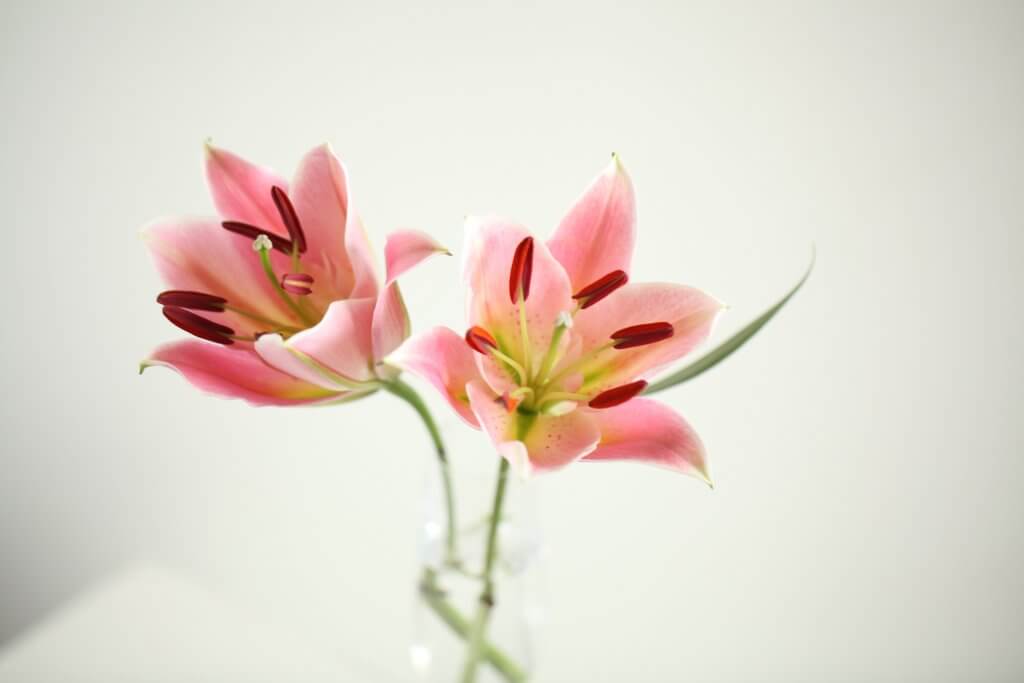 Lilies are large flowers that grow from the bulb, which are more prevalent in the northern hemisphere, and there are various types of lilies with multiple colors all over the world. It includes water lily, fire lily, trout lily, cobra lily, daylily, ginger lily, etc. Lilies are heavy poison to pets such that they can cause severe damage to the kidneys. Even pollens would cause terrible detrimental results. It causes vomiting, diarrhea, lethargy, dehydration, anorexia, etc. 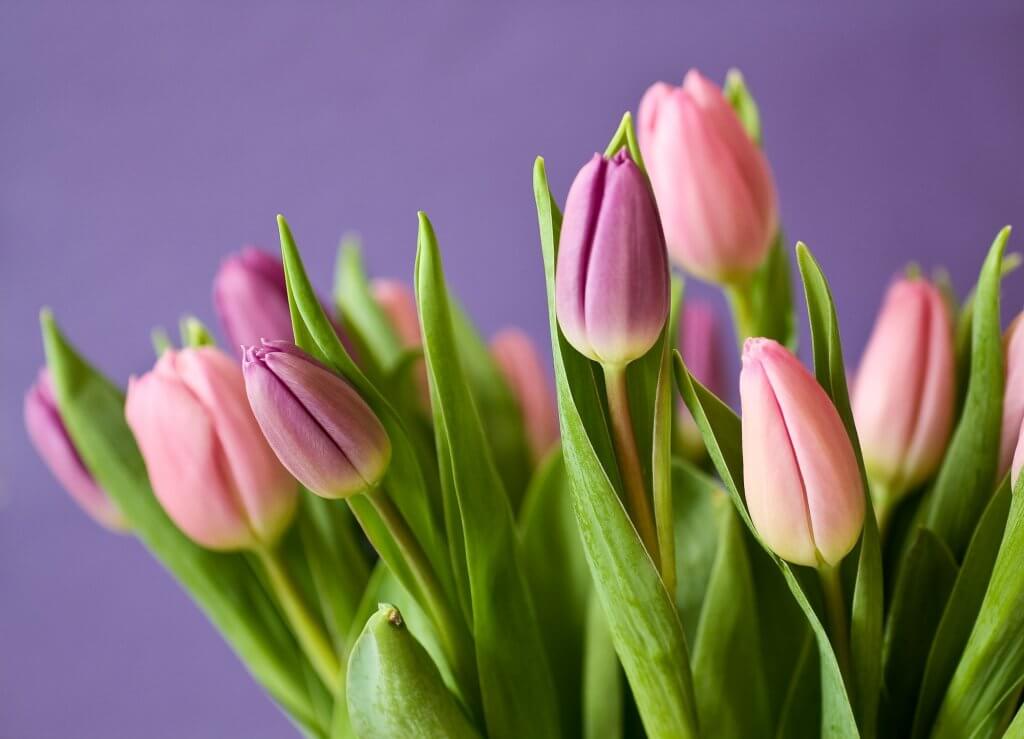 Tulips are brightly colored flowers that bloom during the spring season. These ornamental plants which grow from bulbs are used for decorative purposes. Tulips can be toxic not only to dogs and cats but also to horses. When you suspect that your pet has consumed some part of it, medical assistance would be necessary immediately. Tulips cause vomiting, diarrhea, drooling, increased heart and respiratory rate, etc. 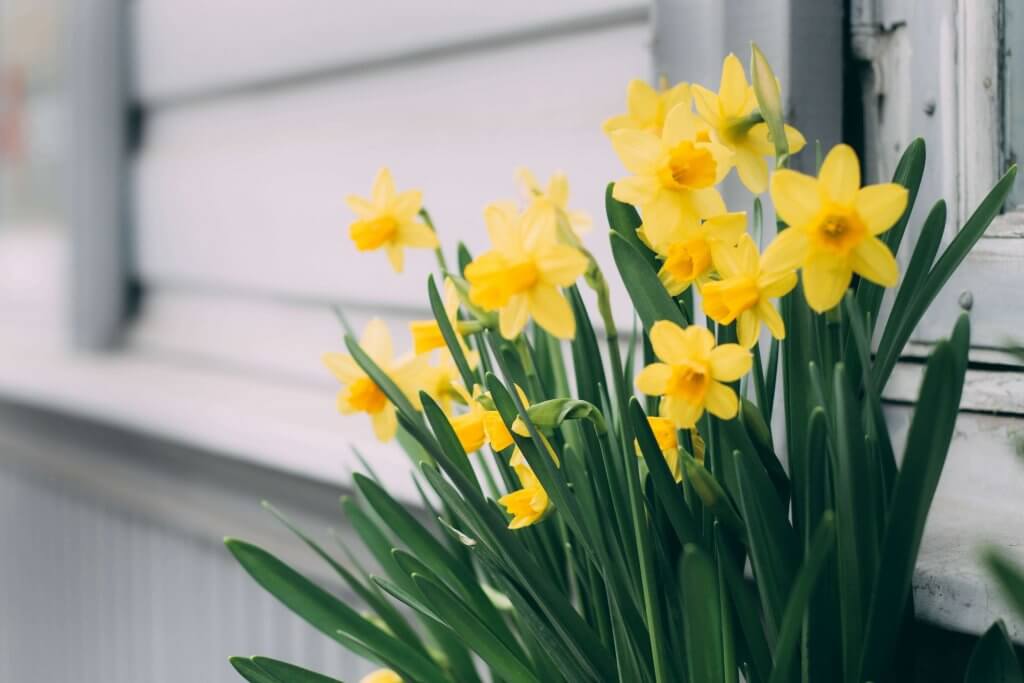 Daffodils are brightly colored yellow and trumpet-shaped flowers which are available in various colors and shapes. It is the first flower to bloom, indicating the onset of the spring season. All parts of daffodils consist of a toxic substance called lycorine, especially the bulbs that contain a high amount of lycorine. Even though daffodils are not highly poisonous plants, they can cause nausea, vomiting, diarrhea, and these symptoms would exist for 3 hours in humans. These bright flowers can cause nausea, drooling, abdominal pain, cardiac problems, etc., in pets. 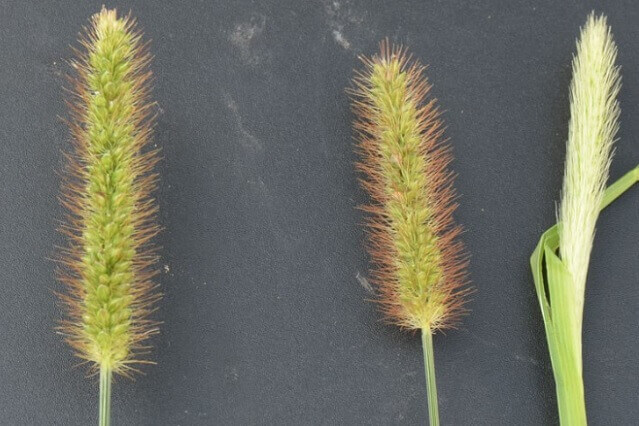 Foxtails are a cluster of weedy grasses which have a spiky appearance. It is a common weed that can be seen in any place while you walk. Since they are spiky, if they move inside the body, it would cause intense damage. After having a walk with your pet, check for foxtails all over the body, especially the paws and ears. They can even migrate from the dog’s nose to its brain. Moreover, it can cause swelling, limping, pawing, and licking of its genitals. 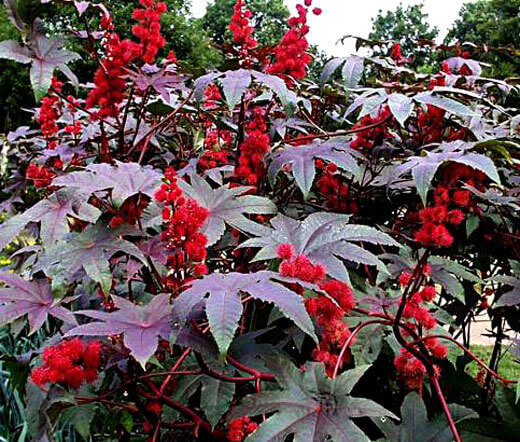 Castor bean is a typical plant that can be seen almost in all landscapes. It contains a toxic substance called ricin, and 17 of such beans are enough to kill humans. The bean consists of numerous hooks all over it so that it would cling easily to any creature’s body, which would be helpful for pollination. Even though it seems toxic to pets, it provides humans with castor oil which is its product. The seed as a whole, when swallowed by a dog, would not create significant problems as it would pass out usually, but if it is chewed, then things would become serious. It causes excessive thirst, weakness, tremors, dehydration, and death. 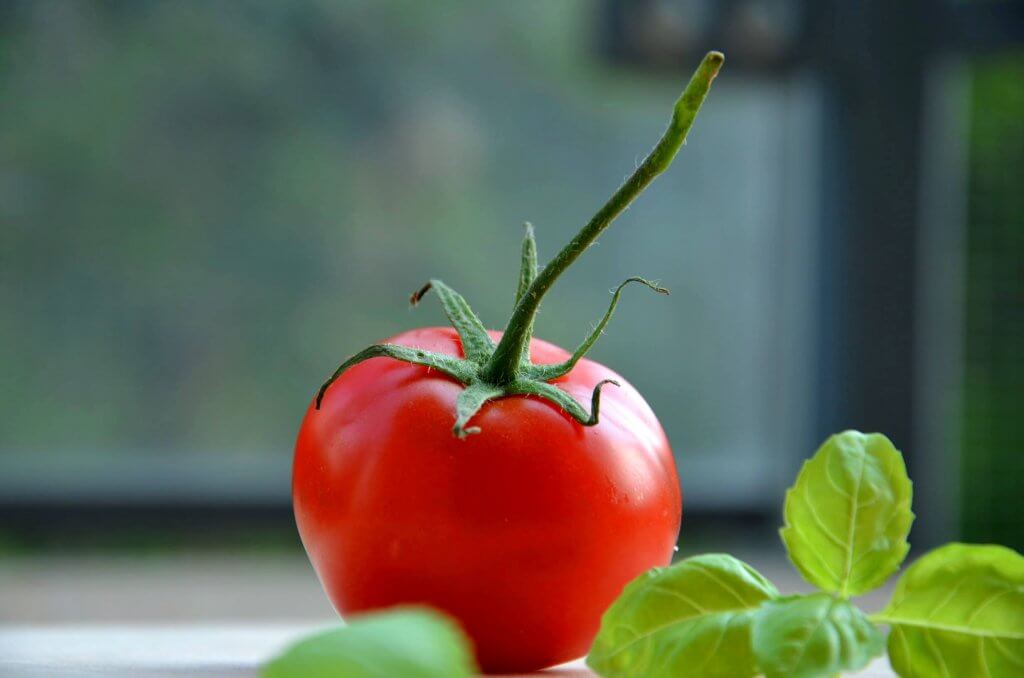 Tomato is an edible and succulent fruit known worldwide, which is bright red and used as food. So, it is evident that it would not create any harm to humans But, not the same in the case of pets; leaves, stems, roots, and immature green tomatoes contain a large amount of toxic substance called tomatine, which is present in a very minute amount in the ripened tomatoes. So except for the ripened fruits, other parts of the plant should avoid for a pet. 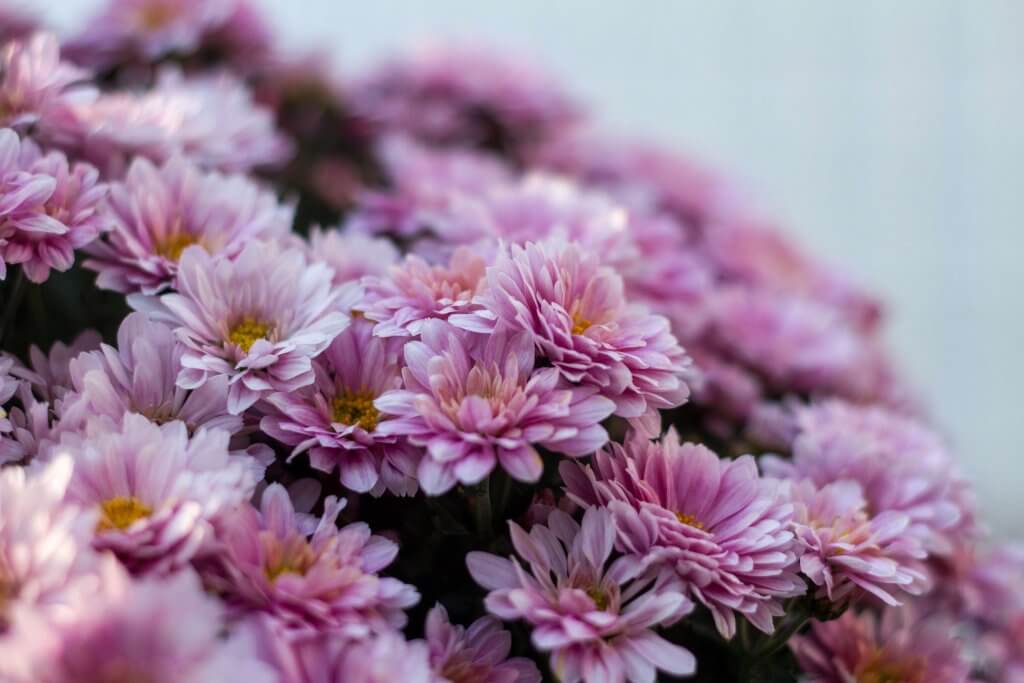 Chrysanthemum is a bright yellow flower that covers the landscape providing a spectacular yellow blanket over the land. Due to its vivid color, it can be seen from a long distance too. But, consuming any part of this part would be dangerous either for a human or a pet. It contains a toxic substance called pyrethrum which can cause hypersalivation, lack of coordination, dermatitis, etc. Accidental consumption of this flower by your pet should treat with the help of a veterinarian immediately.

When consumed by your pet dog, these are the plants that can affect their digestion or even can be fatal. So make sure your dog is not exposed to such poisonous plants.