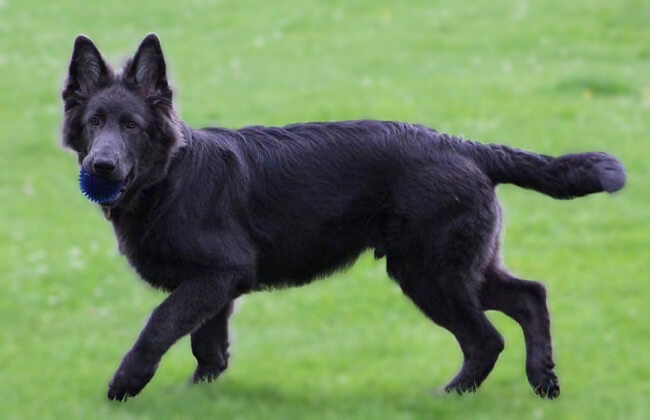 What is a Blue German Shepherd ?

German Shepherd Dogs come in various colors and also in a lot of different color patterns. A blue German Shepherd is one kinds of color variation of GSD.

These dogs are a relatively new addition to the German Shepherd family, only recently being recognized as a purebred dog by the official breed standard.

This is the second most popular breeds in the US.

The German Shepherd Dog (Deutshe Schäferhund) descends from the family of German herding dogs which, before the late 19th century, diverse in kind from district to district.

German Shepherds have two types of genes, or alleles, that determine their color and appearance.

The German Shepherd is an intelligent dog that is capable of working and excelling in what you teach him.

Firstly, they have the color type gene, which gives the available colors of the fur.

In other cases, you may have a blue Shepherd that has a coat that is blue and tan or blue and sable.

Most of these features not only apply to the Blue German Shepherd but to other German shepherd standards.

Their heads are chiseled with intelligent eyes and upright, triangular ears.
The color of the eyes is just like you have guessed, blue. However, they may also have yellow or amber eyes.

The muzzle of the Blue GSD is long and strong with a black nose.

There are usually two types of German Shepherd coats and that is the long and short-haired coat.

The Long-haired GSDs have a double coat which means that the undercoat is soft and thin while the upper coat is wavy and thicker.

As a result of their double coat, German Shepherd Dog’s shouldn’t be clipped as this will interfere with their heat regulation.

The color of the Blue German Shepherd is, in essence, a diluted version of the traditional Black Shepherd.

Geneticists often use the term ‘diluted’ when referring to the variations in a color to reflect the ‘watered down’ color version.

The ‘Dd’ dilution gene affects coat color in the main, but can also change the color of eyes and noses

Panosteitis (known as “growing pains”), this a short lived condition that is noted for its limping usually occurring in dogs aged 5 to 18 months. This condition can be treated with medication but usually resolves itself once the dog is full grown.

German Shepherds were bred for work and require a lot of exercise.

Once they are fully grown they will need to have a least 2 hours of exercise every day.

Naturally, all dogs have their own personality quirks and oddities that make them individuals, but a blue shepherd dog should fit within the general mold pretty well.

German Shepherds are the second most loved dogs in the US and this includes the blue ones too.

The color of the Blue GSD does affect their behavior or personality in any way.

They have a personality that is very appealing to many people and that has made them be favorites for anyone that experiences them.

German Shepherds are the second most popular dog in America, this includes blues too, and it is not hard to see why!

In addition, it can indicate traits in a dog’s character. But the fact they are blue and that isn’t true with Shepherd dogs that are grim since it’s simply their colour doesn’t influence on character or their health at all.

There is no doubt that the Blue German Shepherd is a highly attractive dog.

The blue German Shepherd, like any other German Shepherd, is a medium energy dog and requires up to 60 minutes of exercise a day which needs to be high intensity exercise such as interactive games or agility courses.

They are extremely intelligent and excel in protection and military professions.

The German Shepherd was first seen in America in the early 1900s, and were an immediate hit, due to their trainability and loyal nature.

Ther high trainability and extreme loyalty and commitment make them an excellent choice for any agenda.

The biggest health concern for a Blue German Shepherd is hip dyspepsia.

This is the abnormal formation in the hip joint, causing a slow breakdown of the cartilage and pain when moving.

This can be treated with anti-inflammatory medication but in more extreme cases this will require surgery to correct.

Hemophilia which is a genetic condition making the blood to be unable to clot. Understandably, this can be very dangerous if not diagnosed early.

Early socialization and dogs training classes are vital, and continuing obedience training will help ensure that the dog will grow to be an adaptable and well-mannered adult.

Pannus is an autoimmune disease condition affecting the eye. Although the condition cannot be cured, catching and treating Pannus early allows for the disease to be managed.

Several factors affect how much you can feed your dog;

Blue German Shepherd does well on three kinds of food whether they are wet, dry or raw foods.

A healthy diet will consist mainly of protein as the main ingredient. The protein should be in high amounts and should be meat protein. Protein is very important as it helps in muscle conditioning of the German Shepherd.

They will need about 1200 calories in one day with the majority of that food being protein.

Due to their propensity for developing serious health conditions, it may be a good idea to consider pet insurance for your Blue German Shepherd.

German Shepherds were bred for work and require a lot of exercise.

Once they are fully grown they will need to have a least 2 hours of exercise every day.

Failure to provide the dog with the correct amount of exercise will reduce his quality of life lowering his lifespan.

However, for much younger puppies, you should stick to the 5-minutes rule. Meaning that every time your puppy gets a month older add 5 minutes of exercise a day until he reaches maturity.

Dogs that do not get enough exercise may become destructive due to frustration.

Despite this, they will need a lot of grooming, especially the longer haired German Shepherd.

Whether it is long-haired or short-haired they will all have different grooming requirements.

A German Shepherd’s coat should be brushed 3 to 4 times in week getting rid of loose hair and keeping the fur shiny.

The blue German Shepherd often has a medium length outercoat with a dense undercoat. Because he has an undercoat, he is a heavy shedder, and therefore you should brush him 2 to 3 times a week.

During shedding seasons you should brush him every day to keep his coat manageable.

Short haired GSD tend to shed more as they do not have the undercoat, so their hair falls straight out. Use a DE-shedding brush and a rake to brush through the undercoat.

Before we learn about the dental care tips and possible dental health issues, let’s take a look at how normal gums and adult teeth of a GSD look like:

The German Shepherd Dog’s mouth, which includes the teeth and gums has important functions.

Proper dental care is a priority to prevent possible health problems. Continue reading this article to take a closer look at the GSD’s mouth, teeth and gums care, and teeth and gum issues.

German Shepherds are the second most loved dogs in the US and this includes the blue ones too.

Generally, however, German Shepherds are intelligent and fun to be around, and would love to spend hours playing in the garden with their family.

A high quality dog food suitable for the dog’s age (puppy, adult( or older ) will have all the nutrition that the breed requirements.

The blue German Shepherd will eat, on average, between 3 to 4 cups of food a day. Because he is susceptible to bloat, it is advised to spread his food across several sittings during the day.

The following items should never be feed to Blue German Shepherd dog:

A lot of training guides will advise you to use a dominance-based training approach with a Blue German Shepherd Dog.

On that subject, training a blue German Shepherd puppy shouldn’t be any more difficult than training a black or brown one. Their intelligence, ease of learning and general nature should still shine through.

They were bred to work so they have a natural drive to learn, and so with lots of encouragement training should be a breeze.

If you’re searching around for the best dog toys for blue german shepherd puppies and want to be sure that you made the right decision before spending your money on something your furry buddy won’t end up destroying only a few days later? Don’t worry, because you are in the right place.

We list out some best toys for your blue german shepherd puppies.

Before teaching it the basic commands it is important to establish a close emotional relationship between the dog and the owner. Positive and reward-based training methods help foster mutual respect and trust between you and your dog.

Behavior capture can be used to teach all of the basic commands, such as “come”, “sit”, “down”, and “heel”. However the neat thing about this method is that it is particularly useful in teaching the dog to perform activities that are difficult or impossible to enforce.

uring obedience training, your Blue German Shepherd will learn to follow rules in your home as well as how to behave in various situations.

Obedience training indicates a dog’s practice and the expression is utilized in this circumstance. It ranges from very basic instruction, like instructing the dog to respond to basic commands like”sit,””down,””come,” and”remain,” to high level contest.

Training a puppy may be the methods utilized, an ongoing and lengthy process based upon the puppy, as well as the ability and comprehension of both the handler and the coach. 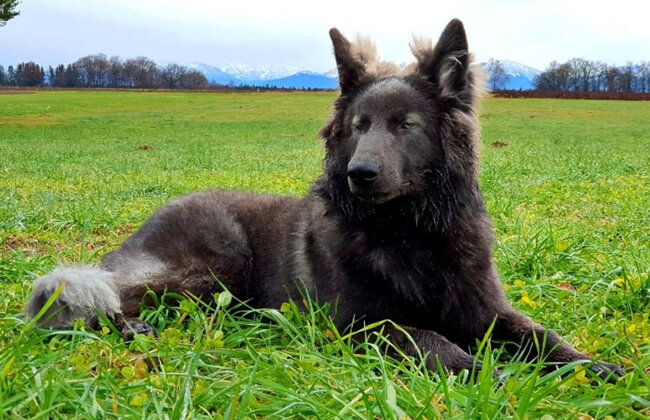 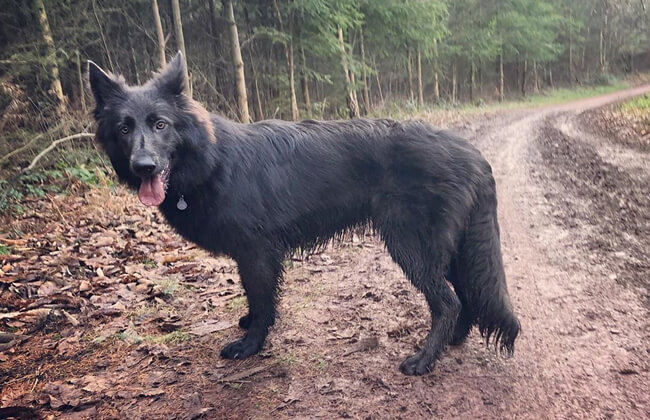 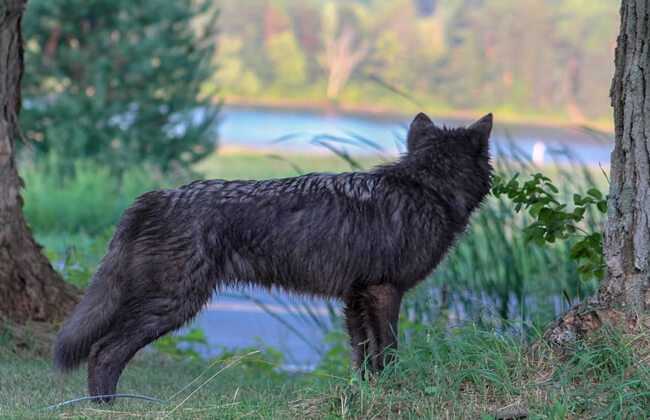 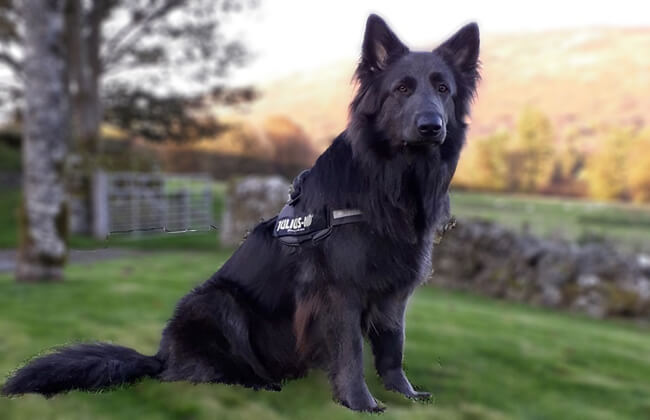 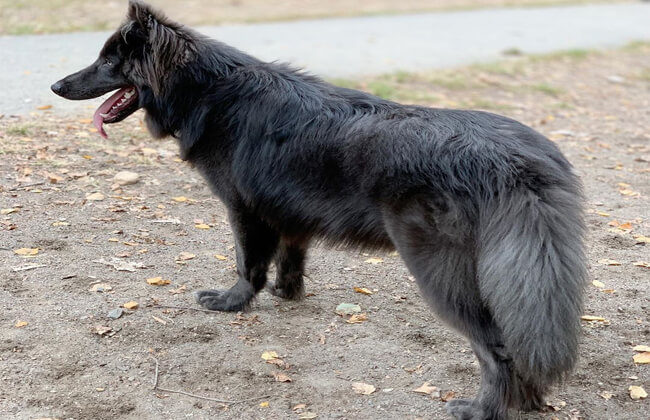