Home » Dog breed » Looking To Adopt A Saint Bernese? Learn All About Them Here!

Looking To Adopt A Saint Bernese? Learn All About Them Here! 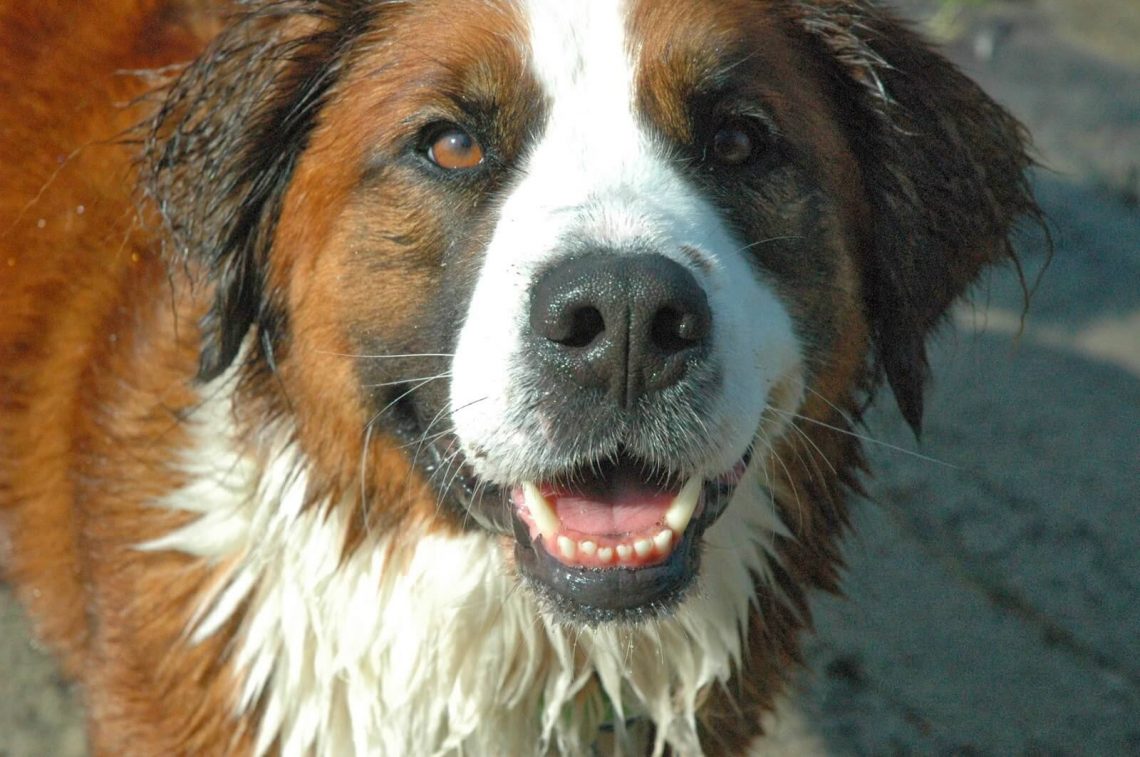 Breeding methods over the past few decades have advanced to allow the successful crossbreeding of dogs. Typically, crossbreeding is done to hopefully result in a dog with both parent breeds’ best traits. Thus began the era of designer breeds.

It is recognized as a breed by the American Canine Hybrid Club and the Dog Registry of America, Inc. Although the parent dogs were bred to be working dogs, as the Saint Bernese can be, they are also well suited for families, as they are great with children.

Although the exact history of the Saint Bernese is unknown, it is believed to have originated in the 1990s when it became popular to crossbreed dog types. They are very rare in the United States. To understand the breed’s history, one would have to look at its parent breeds: Saint Bernard and the Bernese Mountain Dog.

The Saint Bernard history goes back to the 1600s when monks first discovered that the dog was adept at tracking in the snowy Swiss Alps. There they used to find lost travelers, whom they would lay beside to keep the traveler warm.

Through inbreeding and disease, many of these dogs were lost. In the 1830s, Newfoundland was bred with Newfoundland to strengthen the breed once again. They were brought to England in 1810 and made their way to America by 1880.

The Saint Bernese’s other parent breed, the Bernese Mountain Dog, is believed to have originated when the Romans invaded Switzerland and the Roman Mastiffs bred with the local sheep-guarding dogs. They resulted in a breed that could withstand the cold weather and a good guard and farm dog.

Despite numbers dropping into the 1800s, after being studied by professor Albert Heim, the breed eventually made its way to America by 1926 and became recognized by the AKC in 1937. 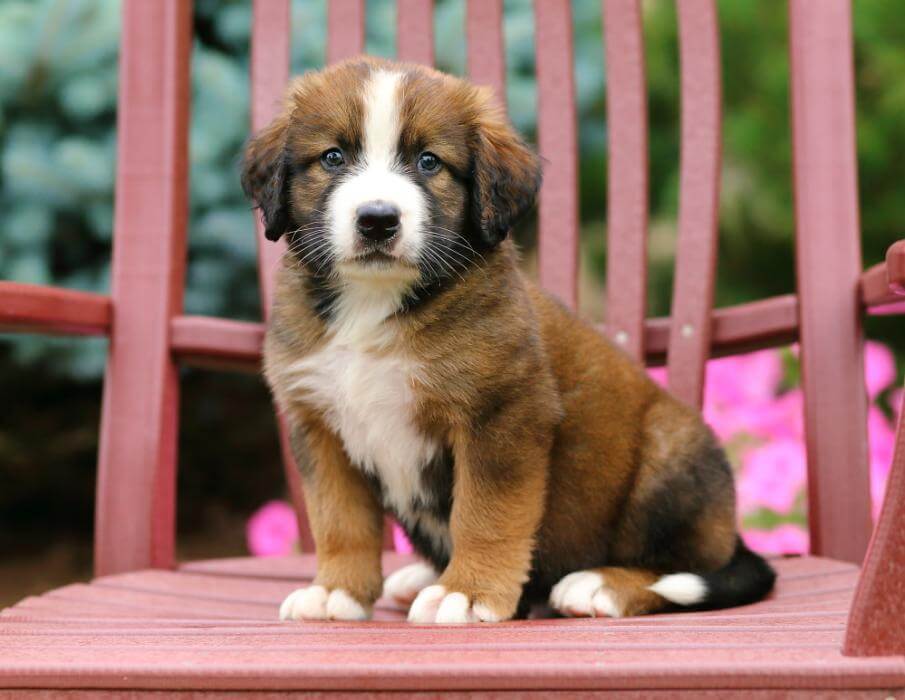 Because the Saint Bernese is a hybrid of two large parent breeds, the result is a very large dog, often weighing 120 or more pounds and an average height of 27 inches. Females are slightly smaller than the males, averaging between 110 and 170 pounds and a height of 26 to 32 inches, whereas the males can be up to 180 pounds and range from 26 to 35 inches tall.

Like the workhorse they were meant to be, their bodies are very solid and muscular with a broad chest and strong legs. Their bodies are well-proportioned, being longer than they are tall. Their muzzle is pointed, and they have large, round eyes that are usually black or dark brown. The Saint Bernese also has very large, round paws that are similar in size to bears. They also have floppy ears that frame their face. Their coat is medium length, dense, and waterproof. The coat can be a variety of colors, including brown, black, and cream.

Saint Bernese dogs make the perfect family dog, especially for families with small children. Although quite large, they have a very mellow personality. They are especially well-known for their calm and affectionate temperament. They also tend to be goofy at times. Though they may seem large from a young age, the Saint Bernese puppies take longer than some other breeds to mature, making them seem like puppies for longer.

They are great for families with small children because they are very tolerant, patient, and trustworthy. Equally important when looking for a family dog are known as protectors, dating back to their parent origin of being watchdogs for lost travelers. Like its two parents, the breed is very intelligent, making it relatively easy to train.

Training a Saint Bernese will be easy with time and patience because although the breed is loyal, they also tend to be very stubborn. If sessions are kept on the short side to keep the dog entertained, it should be fun and easy. They respond best to positive reinforcement. Other characteristics of the breed that lend themselves to training include desiring a master and having a regular task.

Although great as a family dog, something to consider when adopting a Saint Bernese is its large size. They are calm and affectionate dogs, but they can also have a lot of energy that they will need to expel. They are not hyperactive, as some dog breeds are well-known for, but they require a good deal of activity each day.

Because of this, apartment living is not the ideal situation for them. These dogs do not fare well with a sedentary lifestyle. The dogs need daily walks at the minimum and room to run. Take to a dog park to socialize or play games at home, but remember to supervise children-they are gentle, but their size can bowl over small children. If they are kept busy during the day, they will be more than happy to sleep at your feet in the evenings.

The breed originates from two parents who were bred to be working dogs, and they have this trait in them as well. A home with ample room for them to run is ideal. A farm or ranch would be the best spot for these dogs, but any home with plenty of space indoors and out will do. 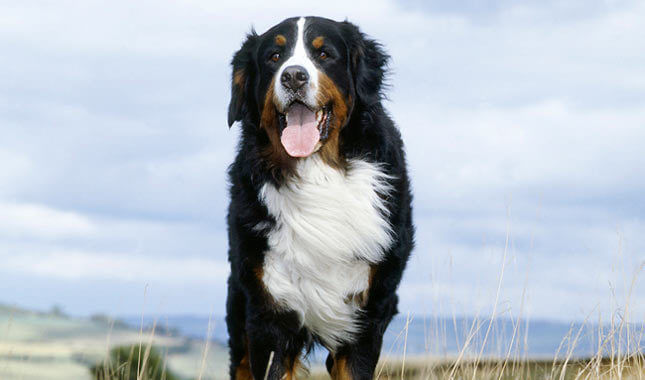 The Saint Bernese is vulnerable to many health problems that other breeds of large dogs can encounter. However, unlike other crossbreed dogs, it can also inherit many of its parent breeds’ health problems. However, some of these illnesses can be avoided by doing regular vet exams and simply knowing what they are susceptible to.

Some minor health concerns that the Saint Bernese may be susceptible to include allergies, obesity, and eye infections. Occasionally, the breed is diagnosed with hyperthyroidism.

Some major health problems include cancer, bloat, and spinal issues. Another disease that they are prone to is von Willebrand Disease, a blood clotting disorder. This breed is the most common inherited blood clotting disorder in dogs, which results from a lack of von Willebrand factor, the protein that helps clot blood. Like hemophilia in humans, who can also get this disease, it can cause the dog to excessively bleed following an injury, even one as minor as a small cut.

Like many large dogs, Saint Bernese are also susceptible to joint problems and hip dysplasia. Although this is hereditary, it can prevent through exercise and monitoring weight and nutrition. It is also important not to over-exercise them as puppies until their bones are stronger, as this can further exacerbate joint and hip problems in the future.

The Saint Bernese is one of the more high-maintenance breeds. This Dog is mainly due to the amount of exercise that they require and the amount they need to be groomed. These dogs need at least one long walk per day, adding up to approximately 60 minutes per day and 12 miles per week. The Saint Bernese is not the Dog for someone who is consistently busy.

The Saint Bernese also requires a lot of grooming. Although their fur is only medium-length, it is very dense. Not only this, but they shed a lot. They need to be brushed daily using a bristle brush. On the plus side, they do not need to bathe very often. However, a mild soap should use to protect their sensitive skin.

On top of daily exercise and grooming, other regular maintenance actions need to be done. Their ears should be routinely checked for wax so that inflammation does not occur. Their teeth will also need to be brushed regularly because of their floppy lips. And, of course, their nails will need to be trimmed. If they can hear clicking on the floor, it is time for a trim, which can be done at home or a vet.

There are many pluses to owning a Saint Bernese. These dogs have many qualities that make them the perfect dog breed for a family. They are patient and loyal, and they play well with children. They are also very protective and would make a great watchdog. If one has other pets, they are generally fine with having them in the household.

These dogs are not just great for families, but they also make excellent working dogs. Just as they would be comfortable in a home, they would fit in wonderfully on a farm or ranch. Both of its parents were working dogs, and the Saint Bernese inherited this trait as well. They are also incredibly smart, making them very easy to train.

Just like any animal, Saint Bernese also has some disadvantages. For one, they have a shorter-than-average lifespan, usually only living an average of 6 to 10 years. Not only that, but they can also have a lot of health problems, including obesity, cancer, bloat, and Von Willebrand disease.

These dogs may be great as family pets, but they require a lot of maintenance. Adoption into a busy family is not recommended because of the amount of exercise and grooming required.

They require approximately an hour of exercise per day and daily grooming. They also tend to shed excessively and are not hypoallergenic. They also drool a lot. These dogs require lots of space, so small apartment living is not ideal for them.

Overall, the Saint Bernese makes a great family dog for families with a lot of time and a lot of space for exercising and grooming. Be aware that they do require supervision around small children simply due to their size. Bring one of these gentle giants home and get to experience a love like no other.