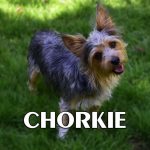 Last updated on December 10th, 2019 at 03:40 amChorkie is the type of cross breed dog resulting between Chihuahua and the Yorkshire Terrier. This is a lively and playful companion dog that inherits a swagger from both parents. Chorkie sometimes called Chiyorkie, York Chi, Yorkie-Chi, Yorkchi and Yorkiechi.   Chorkie content overview History Different names Appearance and
Read More

Last updated on December 10th, 2019 at 03:41 amIf you are looking for family guard dogs or personal protection dogs so here is a great dog for you his name is Canis Panther. It has been developed by cross-breeding the Great Dane, Doberman Pinscher, Black Labrador Retriever and American Staffordshire Bull Terrier.   Canis Panther content
Read More

Last updated on December 10th, 2019 at 03:42 amBreeding methods over the past few decades have advanced to allow the successful crossbreeding of dogs. Typically, crossbreeding is done to hopefully result in a dog with the best traits of both of the parent breeds. Thus began the era of designer breeds.   Saint Bernesecontent overview
Read More

Last updated on July 8th, 2019 at 08:59 amWhy are people stealing dogs anyway? There are a number of reasons. Some dogs are stolen to be used in illegal fighting rings and coaching ways, however, most others are re-sold as pets for plenty of money or perhaps bred so that puppies can be sold for
Read More

Last updated on July 8th, 2019 at 09:00 amThe Tosa is also known as Tosa Inu or Japanese Mastiff. It was originally bred in Tosa as a fighting dog and still is today. Tosa Inu is often called “Sumo wrestler of the dog world” and the best of all with the highest title is celebrated and
Read More

Last updated on July 8th, 2019 at 09:00 amThere are hundreds of dog breeds and they come in all shapes and sizes – and with different personalities and character traits. But what kind of dog is the right for you and your loved ones? The options range depending on what you’re looking for, what your
Read More

The Miscellaneous Class breed is an American Kennel Club designation for certain dog breeds that are currently in the AKC Foundation Stock Service Program. Today, there are 161 breeds divided into eight categories like Sporting, Hound, Herding, Toy, Working, Terrier, Non-sporting and Miscellaneous. Here we provide some information about Miscellaneous Class breed. Other kennel clubs and dog
Read More

Last updated on July 8th, 2019 at 09:01 amIf you have young children in your home, it’s important to choose a kid-friendly dog. Some dogs may tolerate children in the home, but these breeds won’t only be your child’s pet – they’ll become their confidant, playmate, and best friend! Here we list out top 10 kids-friendly
Read More

The Chiweenie is not a purebred dog. It’s a cross between a purebred Chihuahua and Dachshund. It resembles a Chihuahua in the face, head, and ears, with the longer back and shorter legs of a Dachshund. Chiweenies are great for single people, retirees and families with older children. Chiweenie content overview History Different names Appearance and Characteristics
Read More